2016 is about to end in a few days. But before we bid goodbye to this year, here is a look back at what happened in the world of Philippine Radio. This article will analyze on the Top 10 newcomers, comebacks, reformats & restructures in Metro Manila (and other key cities).

On July 18, Yes FM rebranded as 101.1 Yes The Best, as well as its new slogan, The Millennials’ Choice, and new tagname Bes. Moving away from being a Love Radio clone, Yes eliminated the music of the 70s & older from its playlist and added some Hot Hits which are usually played on Easy Rock.

At the beginning of this year, Magic 89.9 removed Saturday Slam (which used to play songs from the 90s & early 2000s) from the line-up. A month later, management revamped the playlist of Friday Madness, replacing the 70s & 80s (which were usually played in that program for a long time) with the 90s & early 2000s. This was done to retain its demographics & be in par with what the provincial Friday Madness usually plays. Looks like Friday Madness is the new Saturday Slam.

At that time, Monster RX 93.1 revamped Riot Wednesday‘s playlist, phasing out the 80s in favor of focusing on the 90s & 2000s. Prior to that, Back To The 80s was replaced with Throwback: The Year That Was.

Since the middle of this year, more veteran broadcasters moved in to the station, notably Rey Langit (of DWIZ) who lost as a Senator during the recent Election, Gani Oro (of DZBB), Angelo Almonte (of DZMM), Jimmy Morato (of DWIZ), Neil Ocampo (of DZMM, Radyo5 & DZRH), Marou Sarne (of DWIZ) and her son Guile (of Magic & Play FM).

At the beginning of this year, 95.5 Hit Radio was rebranded as Retro 95.5. The retro format is still retained. This was a result of Cebu’s 103.5 Retro Cebu success after a few months on the air.

6. The Resurrection Of The Spirit

Last June 12, Spirit FM Davao was officially relaunced after 8 years of being off the air. 2 years prior to this, the UIC launched 25 Cents to raise funds to reopen the station. On December the next year, it had its test broadcast. 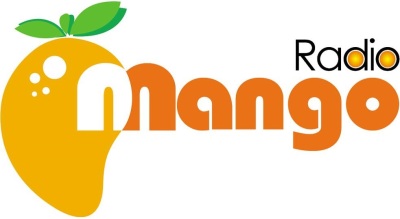 Since Viva’s Acquisition of Mango Radio stations, resulting into Oomph! Radio, it returned to air online. Last May marked Mango Radio‘s return to terrestrial airwaves. It launched its 1st relay station in Zamboanga via 91.5. The following month, it launched another one in Butuan via 107.9. Recently, it returned to Davao’s airwaves via 102.7.

8. Oomph! What A Roundabout

Last April, all Oomph! Radio stations temporarily ceased their programming, undergoing some changes. Later on, 2 of them were rebranded back into their UR branding. Every Sunday, they played only Classic Hits and a Sunday night program. Prior to this, a new Production Director was hired and revamped the Sunday programming with Classic Hits, despite retaining its CHR format during Weekdays. This prompted General Manager Joey Sy-Domingo (formerly with Mix FM) to resign from her post.

In July, the Oomph brand was returned, as well as its CHR format and programming.

Sorry if I missed some other events. But, the list goes on.

Aside from these changes,  this year marked change for a lot of veteran media personalities. Some of them retired, notably Delamar (of RX), Carlo Jose (of Magic) & Martin D. (of MOR). A lot of radio personalities appointed by Pres. DU30. Martin Andanar (of TV5) became DU30’s PCOO, while Bong “Sonny B.” Aparteda (of Play FM) became the head of government-owned Philippine Broadcasting Service.

This entry was posted on Saturday, December 31st, 2016 at 15:00 and is filed under Heard On Air. You can follow any responses to this entry through the RSS 2.0 feed. You can leave a response, or trackback from your own site.

One Response to PRR 2016: Philippine Radio in Review